Common Types of Homes in Massachusetts and Rhode Island

Massachusetts, Rhode Island, and for that matter, New England, have about ten styles of homes that are very common. Over the years some styles have borrowed features from other styles and incorporated them - features like, types of roofs, windows, materials, layout.

They became popular in the mid twentieth century, due to the need of families for affordable homes in a suburban setting.

Commonly, ranch style homes, have an L-shaped floor plan, are single level, have a moderate pitched roof, and an attached garage.

Being first built by settlers in late 1600s, Cape Cod style homes were revived and became popular in the 1930s.

Capes usually have one-and-a-half stories, a chimney at one end of the home, gabled or steeply pitched roofs. Are usually less than 2000 square feet in area.

Dormers are often added to increase living space. They often have a centered front door with a center hall running the width of the home.

Originating in New England, Colonials are one of the most popular style of homes in the United States.

Colonial homes are often large, have two to three floors, are box-shaped, with shuttered windows, and have a high pitched roof.

They often feature large chimneys, an elaborate front door with a portico supported by columns, have narrow siding, wood shingles, or brick facades.

Bedrooms are usually on the second floor.

The defining characteristic of a split-level home is the front entrance - when you first enter the home, you are faced with two sets of half-story stairs, one going upstairs to the bedrooms, bathrooms, kitchen, dining room, living room, and the other going downstairs to the family or game room, garage, storage, etc.

Originally, split-levels were built by modifying a ranch-style house, and became popular in the 1950s.

They are two or three stories and are painted in bright colors.

Bungalows are small houses with one or one-and-half storeys. If there is a second storey, it is often built into a sloped roof with dormer windows.

They often have a charming large front porch. If they have a garage, it's usually detached from the house and set back. 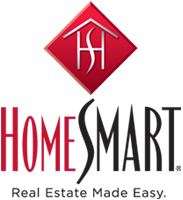